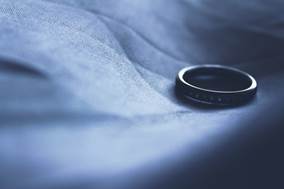 As of 29 January 2019, new Regulations came into force in nineteen EU countries – Spain amongst them – enabling married couples and registered partners to make agreements about the division of their matrimonial property, which will be enforceable on either divorce or death.

A matrimonial property regime is a system of property ownership between spouses establishing what qualifies as their marital estate, such as which properties are included, and how it will be divided and inherited at the end of the marriage.

Such matrimonial property regimes feature in civil law countries, so EU states (including the UK) which operate common law systems have opted out of the new Regulations. However, for reasons set out below, these new rules are still significant from a UK perspective.

Under the matrimonial Regulation, a chosen property regime will apply to all assets falling under it regardless of where they are situated. This may create a clash of jurisdictions if, for example, there is a regime agreement which deals with property located in the UK. However, the application to all assets wherever situated was essential for the EU to satisfy a primary objective of the Regulation which was to avoid a patchwork of different laws applying to different assets in different member states.

Under the Regulation, couples can choose which law will be applied to the division of their assets provided it is either the law of the state where they or one of them is habitually resident at the time the agreement is concluded or the state of nationality of either of them at such time. However, they cannot agree on a state’s law being applicable conditional upon later becoming habitually resident in that state. This is potentially problematic as it may mean imposing a regime on asset division from a country with which a couple are no longer connected when their marriage ends.

In the absence of a choice of law being made by a married couple, the applicable law will be that: 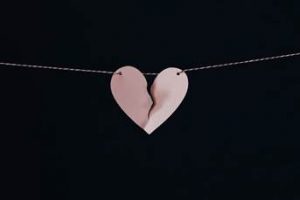 This is a hierarchical approach to applicable law, despite the EU having resisted calls from England to impose such a hierarchy on divorce jurisdiction (in the EU Regulations commonly referred to as “Brussels II bis”, or “BIIR”) so as to end jurisdiction races, where multiple countries have jurisdiction over a divorce, in which the country where a petition is first lodged takes precedence.  In Spain, such a hierarchy is familiar because article 9.2 of the Spanish Civil Code imposes one to establish applicable law in dividing matrimonial assets – except that the hierarchical order is swapped around in the new Regulations.

Significantly for English lawyers and clients alike, when there is debate over the country in which a divorce will happen, it will no longer be sufficient to find out the residency, nationality or other connections of either spouse with any EU jurisdiction: it will now be necessary to ask whether, after 29 January 2019, the parties entered into a matrimonial property regime agreement and if so, its applicable law and content. This could have a big influence in deciding the best and most appropriate country to deal with a couple’s asset division.

Finally, the second – and parallel – EU Regulation, which came into force on the same date, aims to ensure that those in civil partnerships (though not de-facto, co-habiting couples) are treated equally to married couples as regards the new rules on asset division.  Importantly, member states that do not recognise same-sex marriages may treat them as registered partnerships for the purpose of this second Regulation and, therefore, still operate under it.

The full Regulations can be viewed online at the following links: