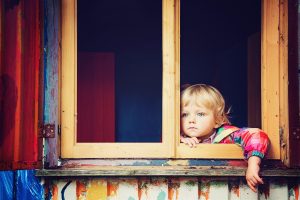 Recently, Christopher Lee was invited to speak at the University of Genoa on the highly sensitive issue of gauging the views of children in Spanish court cases involving the 1980 Hague Child Abduction Convention.  Following the conference, Christopher was asked to write an article (below) for The Judges’ Newsletter on International Child Protection, a journal that has for twenty years aimed at securing judicial education and co-operation in this highly specialised field.

Article 13 of the 1980 Convention sets out exceptions where the return of a child wrongfully removed or retained from her country of habitual residence may be refused. One such exception is where the child herself objects to return provided, that is, the child has attained an age and degree of maturity which make it appropriate to take her views into account.  However, the 1980 Convention does not specify an age at which a child may generally be taken to have attained, or be likely to have attained, such maturity.

Article 12 of The United Nations Convention on the Rights of the Child indicates that, when adults are making decisions affecting a child, that child should be able to express her opinion freely, be listened to and have her views taken into account if she is capable of forming her own opinions in accordance with her age and maturity.  In particular, a child should be given the opportunity to be heard in any judicial proceedings that affect her “in a manner consistent with the procedural rules of national law”.

Accordingly, we need to consider Spanish domestic law and jurisprudence for guidance as to when and how children’s voices are canvassed in court proceedings in Spain:

Of course, the judge may “hear” a child in different ways. Below, we shall see that, unlike in some jurisdictions, in Spain judges themselves may, and frequently do, interview children.  However, in other instances, the child may – instead of, or in addition to, speaking to the judge – be interviewed by the child psychologist service linked to the court. Such services seek to assess conflicts from a non-judicial perspective. Their reports are not in themselves deemed expert evidence but, rather, are a tool at the court’s disposal to enable the court to learn more about the circumstances or facts of a case which are relevant to arriving at a decision. So, although either or both the parents’ lawyers may propose that such a report be made, whether it is or not is at the judge’s discretion. The judge will exercise that discretion  in the best interests of the child.

As for Spanish case law, these decisions are notable:

This was an appeal against a ruling that a father should return his children to Belgium, where he alleged that their mother mistreated them.  The statements of the children – one quite a mature 14-year-old and the other only 9 years old – contradicted each other as to the mother’s alleged mistreatment, although they both clearly expressed a desire to remain living in Spain with their father. The court dismissed the appeal, upholding the return of the children to Belgium. It found that the statement of the 9-year-old was not truly sincere, that the siblings made contradictory statements and that the mother’s mistreatment of the children was not proven by their accounts.  The court held that a decision not to return the children should not be made solely based on the children’s views, however firmly and consistently those views had been expressed, given that one of them was of an age below the minimum established by legislation (i.e., 12 years of age) and the elder sibling contradicted himself, even though he evidently wished to remain living in Spain with his father.

In this case, a mother’s appeal against a ruling ordering her to return her children to Chile was dismissed. The court did not take into account the opinions of the children (aged 11 and 9 respectively) because they had not attained the level of maturity foreseen in the 1980 Convention.

The court in this case declined to return a boy to Brazil as requested by his foster father, despite the fact that application was made less than a year after the abduction occurred.  It based its decision on Article 13 of the 1980 Convention, finding that although it could not determine how severe might be the effect of returning the child to social and familial reintegration in Brazil, the child was emotionally stable in Spain and that his foster mother in Brazil had died. Therefore, the court could not discount that the child might suffer grave psychological harm were he returned to Brazil and removed from his current situation in Spain where he was living again with his biological mother and two siblings. The psychologist examining the child found him to be capable and mature despite his young age and, also, convinced as to his preference to remain living in Spain.

Here, the court dismissed an appeal brought by the state lawyer (abogado del estado), representing a parent requesting return of two children to Argentina, against a decision of the lower court not to return the children to their country of habitual residence.  The lower court had found that, although there had been a wrongful retention, proceedings had been initiated beyond one year from the retention. Therefore, return under Article 12 of the 1980 Convention was not obligatory and the children were demonstrated to be settled in their new environment.  Further, the wishes of one of the children (aged 12) needed to be respected given her age and degree of maturity.  Her younger brother also expressed a desire to stay in Spain, and in the children’s overall best interests as well as to avoid separating the siblings, a return order for both children was denied.

In this appeal decision, the views of a very young child (5 years of age) were taken into account, together with other factors, in order to uphold a refusal by the lower court to order a return to Paraguay. The mother, having obtained authorisation from the father and the Paraguayan court to bring the child to Spain, did not return the boy at the end of an agreed three months stay.  The boy said he did not wish to return to Paraguay because his father would hit him and because he had settled well in Spain with his mother and Spanish friends. Combined with this was the fact that the mother had reported the father for domestic abuse in Panama, and that the father himself was intending to move to the USA with his new partner.

By way of contrast to the previously cited case, this appeal court held that it did not have to listen to the views of a child one year younger – a 4-year-old – despite the father alleging abuse of process because the court had refused to take his son’s views into account.  The child was ordered to be returned to France, given that the father had not complied with a ruling of the French court, which had held that the child’s residence was in France with the mother and prohibited the taking of the child from France without the written consent of the other spouse. In its decision, the court also found that there was no risk of physical or psychological harm in the child being returned to his country of origin.

To supplement the above legislation and case law, note should also be taken of paragraph 4.6.7 of the Spanish state public prosecutor’s circular 6/20158 on civil aspects of international child abduction:[1]

Regarding Spanish court hearings involving children, one should also take account of the guidelines contained in section 11 of circular 3/2009 of 10 November on the protection of victimised minors and witnesses:

No principles are violated in not allowing the parties’ lawyers to intervene in the interviewing of a child, given that it is not a formal means of gathering evidence. The child should not be inundated with a torrent of questions and cross-examination.  In the child’s best interests, she should be isolated from counter-productive interventions other than a personal, one-on-one interview with the judge and, where appropriate, the public prosecutor.

[1] The public prosecutor’s office is party to Spanish proceedings involving children, considering the case from the child’s viewpoint and, in that sense, representing the child.