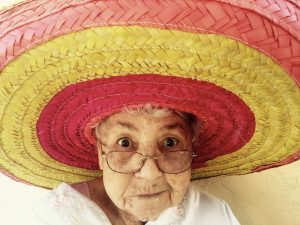 Whether your great-aunt leaves you a coastal villa in Marbella or your grandfather bequeaths you his fashionable Madrilenian flat, one thing is certain: the hassles have just begun. The funeral over, you must begin to unravel Spanish red tape and prepare to pay your newfound Spanish tax liabilities…

Administering Spanish and UK estates differs greatly. Who pays inheritance tax (“IT”) is an example: Spanish IT is paid by beneficiaries, whereas in the UK it’s the deceased’s estate that foots the bill. To have Grandpa’s flat registered in your name (essential if you’re ever to sell it subsequently), you must first pay Spanish IT. Rates vary throughout Spain and depend on the familial relationship that links the beneficiary to the deceased (if related). Contrast this with the UK, where IT is paid at a flat 40% rate above a sizeable non-taxed sum.

To move in to your great-aunt’s villa, in addition to Spanish IT you must also pay local value increase tax (known as plus valía) to the town hall in Marbella, as well as Land Registry and Notary’s fees. The villa itself and all her other Spanish assets of significant value must be listed in an inheritance acceptance deed, including her Spanish bank accounts, her red Ferrari and her collection of Salvador Dali lithographs.

If Grandpa’s flat is passing to you under his English will (since he never got round to making a Spanish one), an early step will be searching the Spanish Wills Registry (Registro de Actos de Última Voluntad). Simply knowing that he never made a will in Spain is not enough: you must prove that negative (hence the Wills Registry search). Indeed, even if he did make a Spanish will leaving you the flat, you’ve still got to make that search to prove that the will you’ve got a copy of wasn’t superseded by a later one.

It’s generally less complex and less expensive to inherit Spanish located assets under a Spanish will than under a foreign will. A foreign will requires official translation into Spanish and its terms or effects may need explaining in a way which is familiar to and understood by the authorities in Spain, such explanation needing to be made by way of a certificate of foreign law issued by a lawyer of the country where the will originated.

Yet more expensive and complex than inheriting Spanish assets through a foreign will is inheriting them when there’s no will at all (i.e. when your great-aunt dies intestate). If that’s happened, you’ll have to prove your right to inherit under her national intestacy rules (so if Great-Auntie was Irish, it’d be Irish intestacy rules that determine whether you inherit or not in Spain). This could involve a detailed exposition of family trees and birth records, all needing explanation by Irish lawyers, stamping by the Irish Department of Foreign Affairs and Trade for use abroad and sworn-translation into Spanish – in short, a cumbersome and expensive process.

Spanish IT is payable six months after the death, though this period can be extended for a further six months if an extension application is filed before the end of the fifth month from death. To pay the tax and accept your inheritance, you’ll need a Spanish tax number (known as a NIE) which you can apply for in your home country (at your nearest Spanish consulate, which in the UK means travelling either to London or Edinburgh). When accepting your Spanish inheritance, you can’t pick and choose what you inherit – you take the good with the bad. So if you’re left someone’s entire estate in Spain you’ll get the assets as well as the debts: hence if you suspect your great-aunt was operating a loss-making, debt-ridden business prior to her demise, you may want to pass on her villa.

But on the happy basis that Great-Auntie is still fighting fit and sipping vino, tell her when next visiting Marbella that she should have a Spanish will covering her Spanish estate which meshes correctly with her English will, ensuring that neither cancels the other out. And given her habitual residence in Spain, encourage her to disapply the EU Succession Regulation (EU 650/2012) so Spanish forced heirship rules don’t bind her estate on death. Otherwise, should her long lost son emerge from the woodwork, he could challenge you inheriting all her assets since those rules mean children can’t be excluded from inheriting, even if that’s what the deceased’s will provides.

For more information about this topic, or to obtain any other legal advice concerning Spain, please email: cl@domenechabogados.com